Here are a few "nasties" that I've seen over the last few years. Mostly electrical, but a couple of plumbing ones as well. 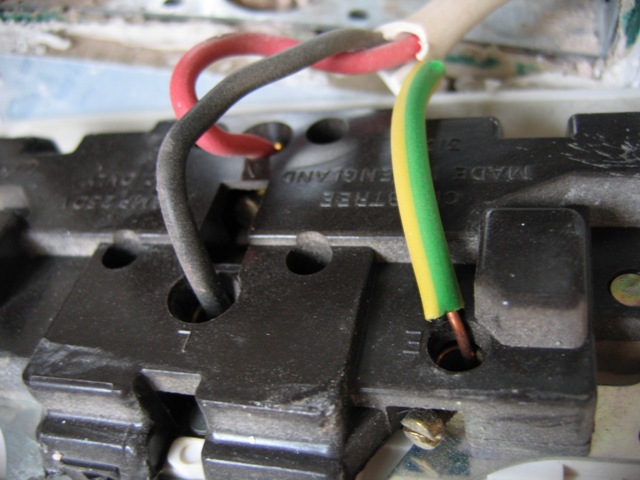 Always read the terminal markings when connecting cables to an accessory. 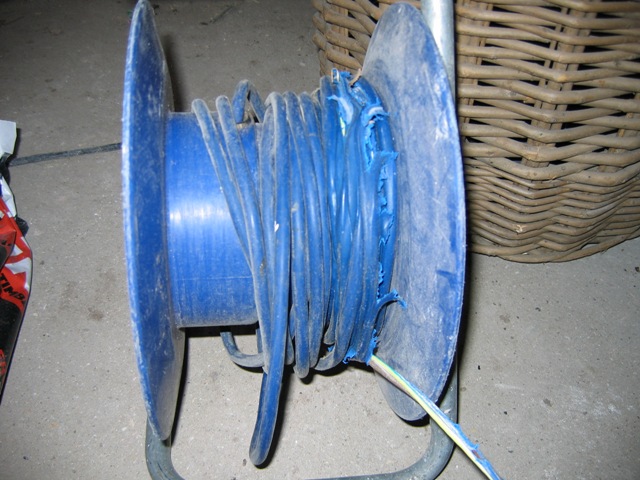 It's best to unroll the cable completely unless the the extension cable is very lightly loaded. 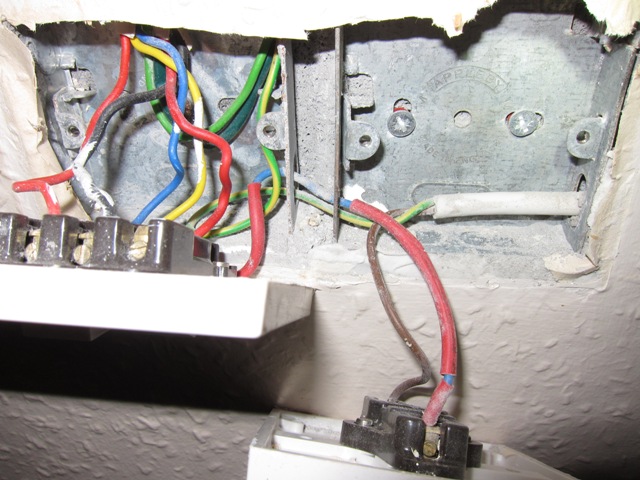 (Sorry, this one's a bit technical.) Well, someone's taken a line (in blue, sleeved red) and an earth from the existing switch to supply some under-cupboard lights. Now, have they used the earth as the neutral return or have they "borrowed" a neutral from another circuit? 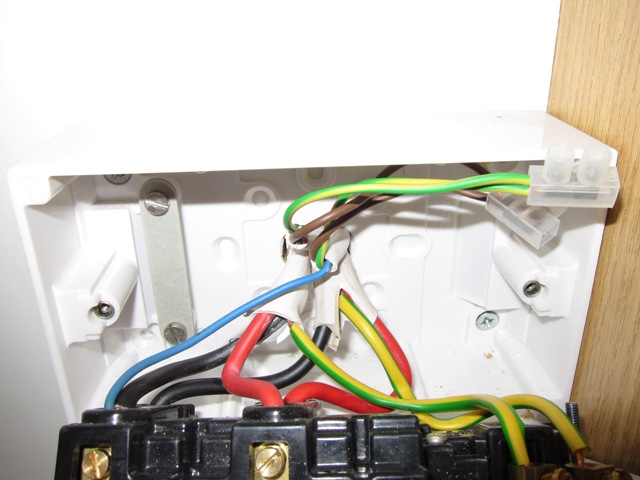 Answer: borrowed the neutral from the oven circuit! 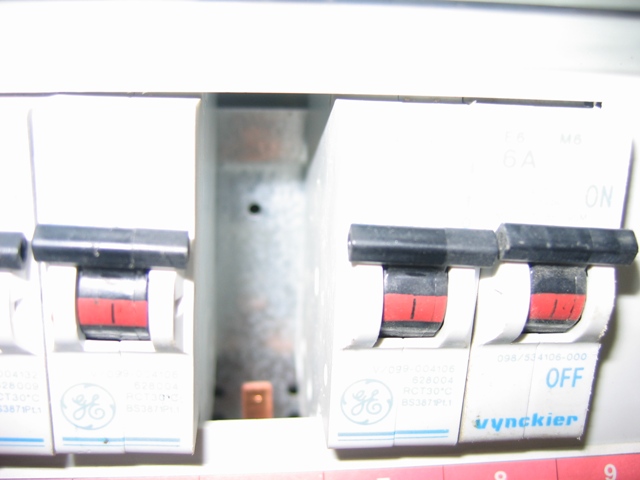 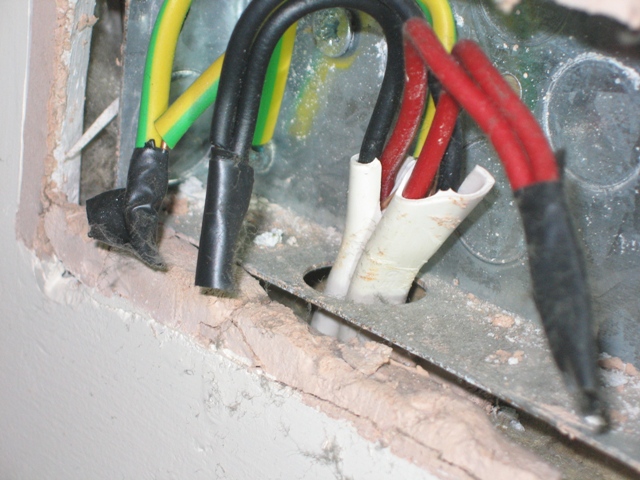 If you remove a socket to make more space to push the fridge into a gap, please re-join the cables properly and put a blanking plate over the backbox. No wonder the ring continuity wasn't all it should be. 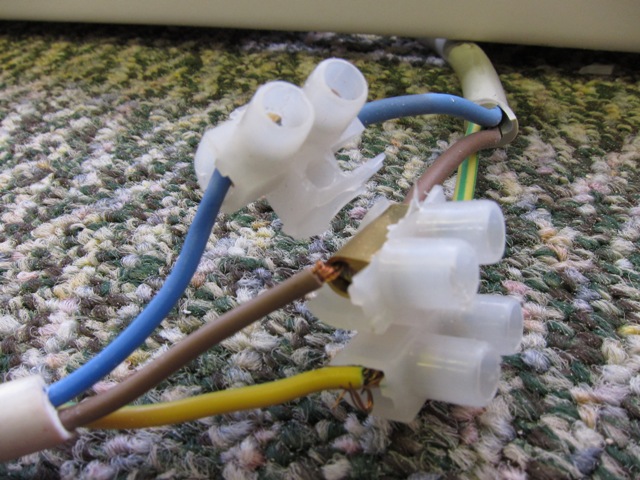 Remember that UV light from a fluorescent tube will degrade plastics. 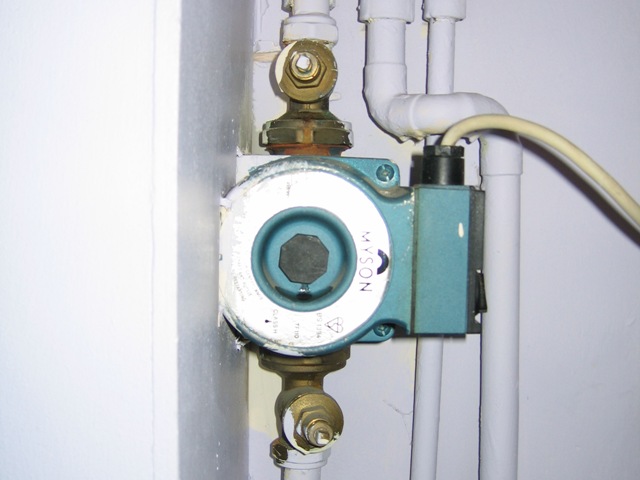 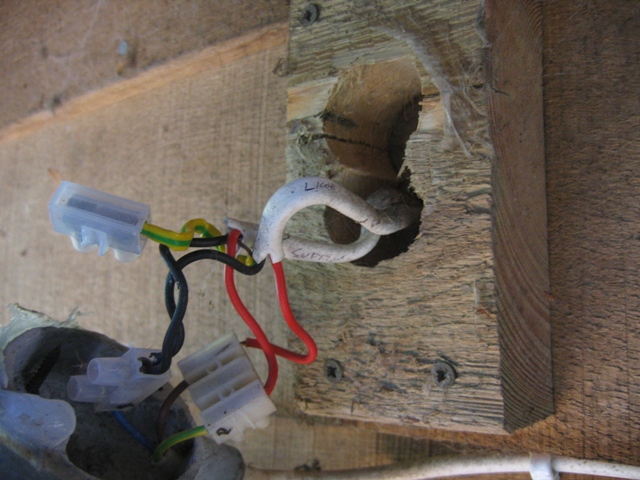 It's best not to use a nice dry piece of wood to form part of an enclosure for electrical connections. Using an unmarked green and yellow core for anything other than earth isn't such a good idea either. 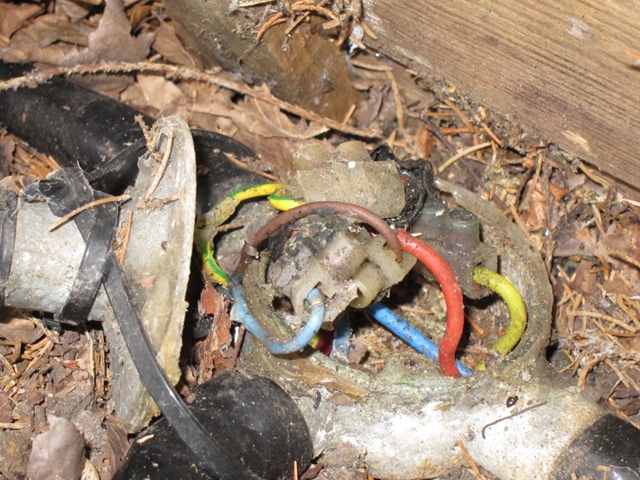 If you go down to the woods today... you'll find a junction box for three armoured cables and a flexible cable lying on the ground. Some attempt has been made to seal it with clear silicone. Why it needs a cable tie to hold the cover on, I don't know. Perhaps they lost the screws. 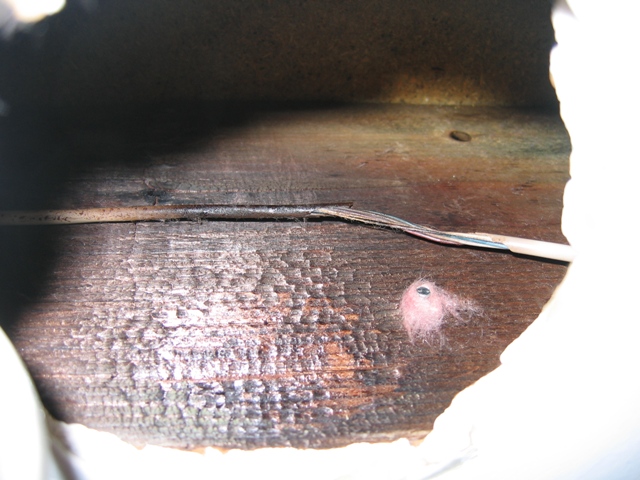 If you pack glass fibre insulation around a 50W downlight it will destroy your alarm wiring and could set fire to your joists. 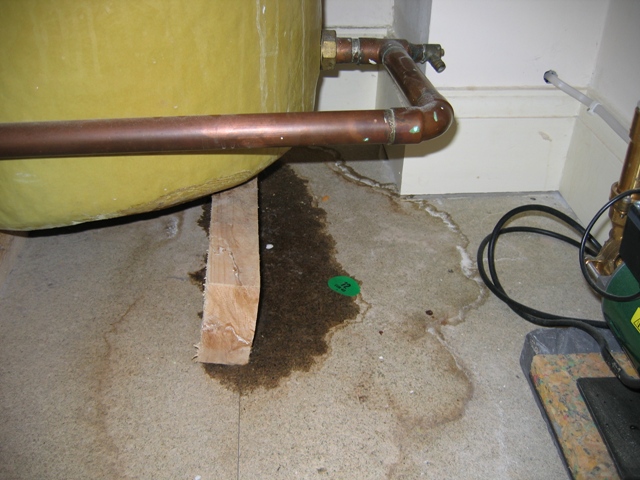 Provide solid support for the whole of the base of the hot water cylinder. 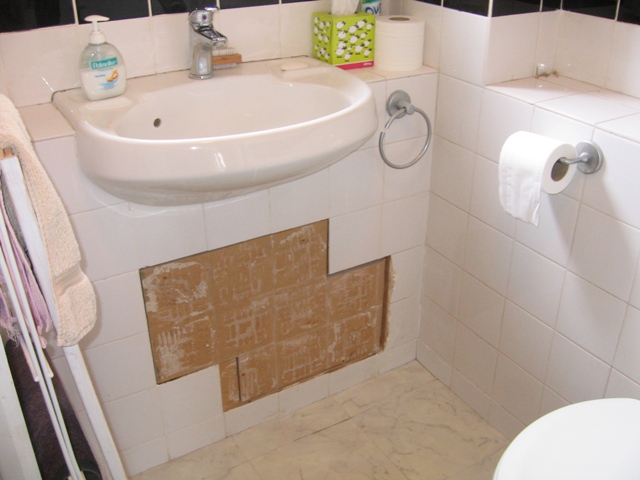 The main water stop cock is behind there somewhere. Actually, it was at arm's length in the far corner. 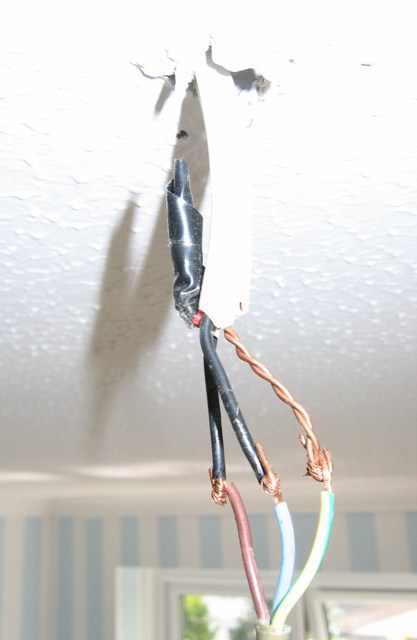 Always use a secure method for joining electrical cables. 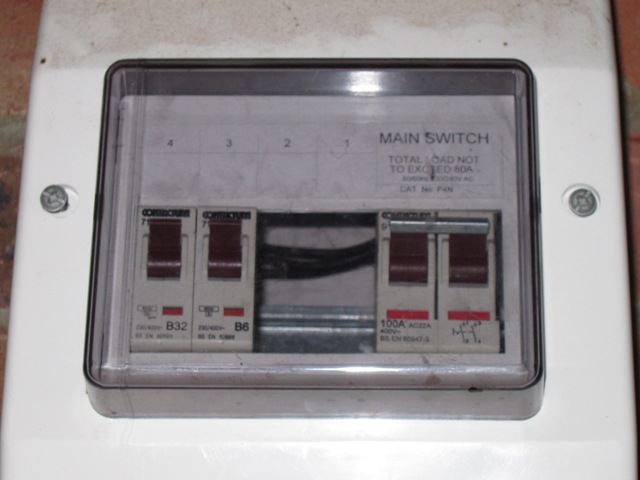 What's worse than leaving a finger-sized gap in a consumer unit? Leaving a gap big enough for two fingers. 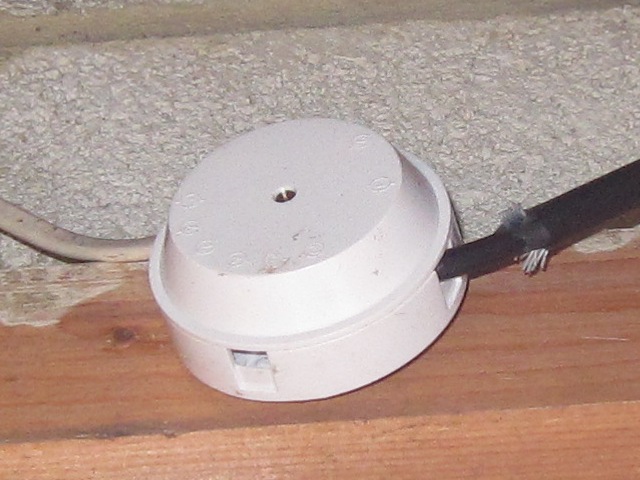 Always use the correct gland when terminating armoured cable. 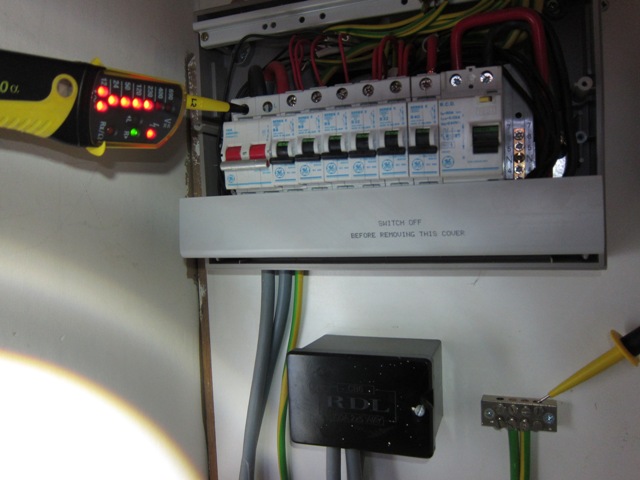 Yes, thats the neutral supply terminal which is testing live. 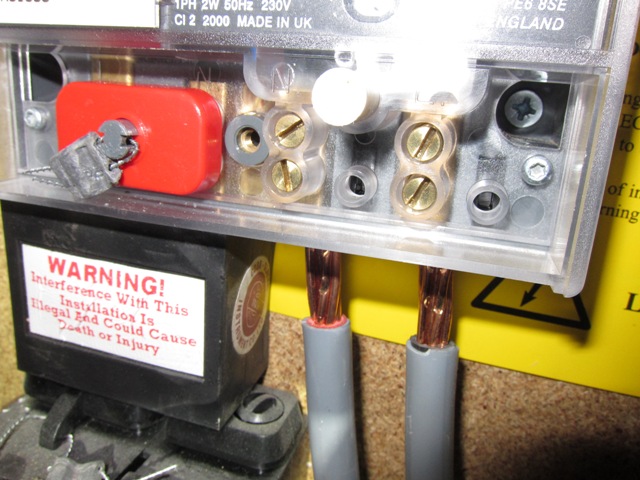 And here's the reason. The meter tails are in the wrong terminals.